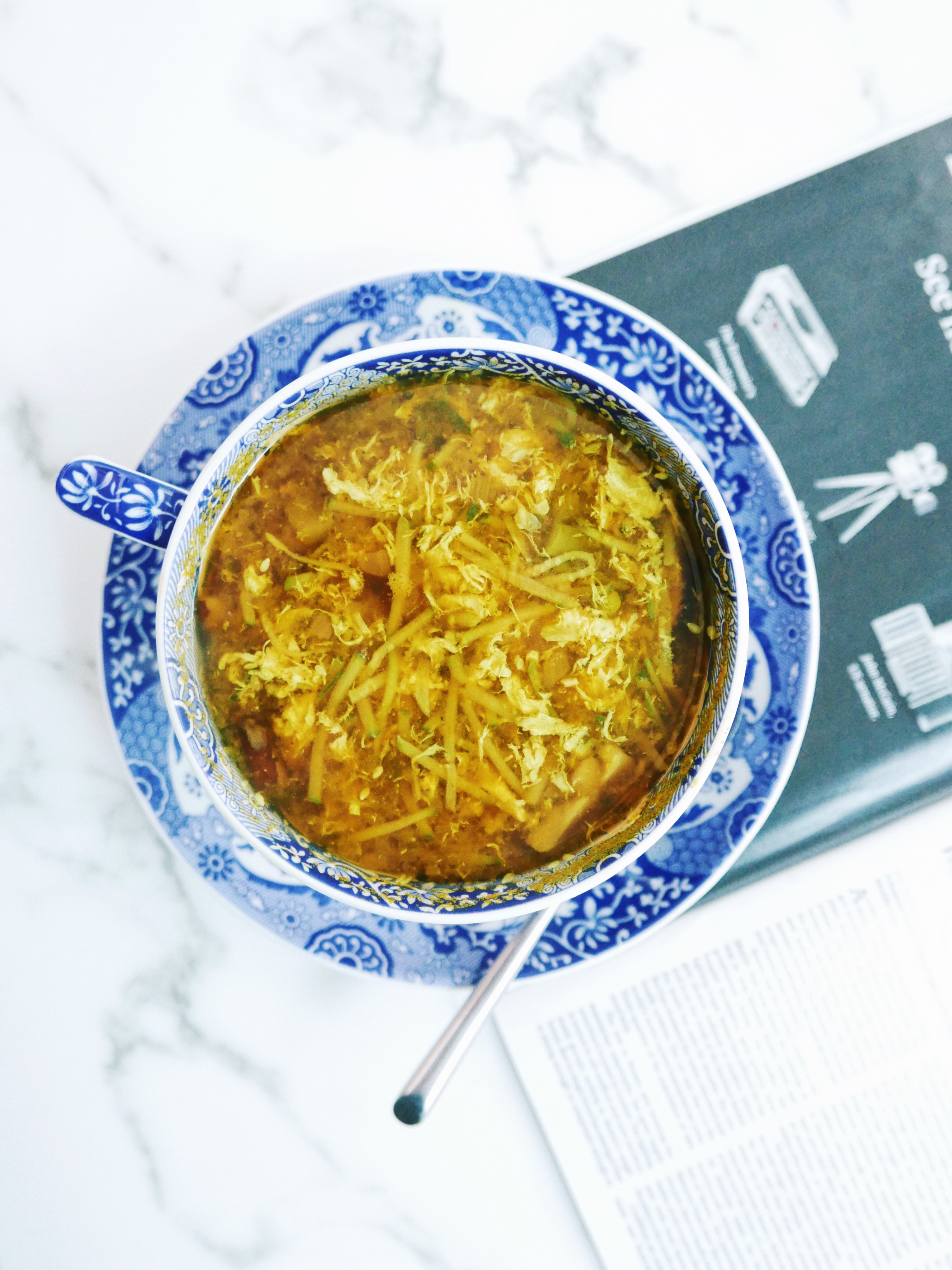 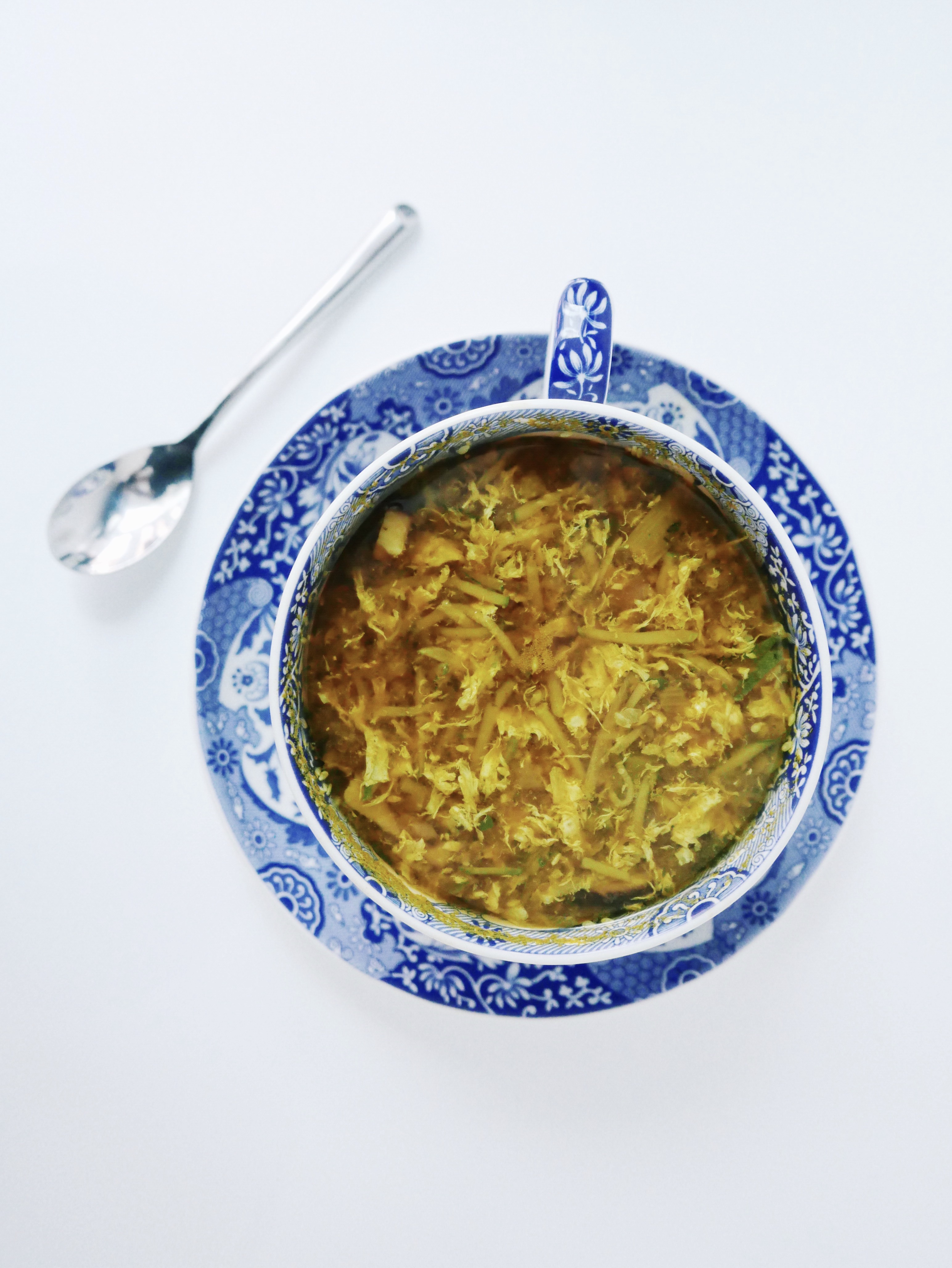 Spoiler alert – I like untraditional breakfasts. Typically topped with the traditionally breakfast egg.

It’s one of the only ways I eat salad. My oats are almost always savory. And I even like to riff off of Chipotle’s burrito bowls first thing in the morning.

The salad aside, most of these breakfasts are quite heavy. I typically make them as for an early lunch rather than a still-in-pajamas-pre-drop-off meal, and drink a smoothie earlier in the morning.

But smoothies (even with Daily Harvest’s wide selection) get old after a while. Or you just want something hot.

Which is why I’ve been enjoying this instead.

Bone broth has been on trend for the past year. And while I’m skeptical about its health claims, I do love sipping on a hot liquid first thing in the morning. I also like being full.

Enter breakfast broth. That’s what I call it, anyway.

I rely on my tried-and-true Daily Harvest’s turmeric and lemongrass Detox Broth and regular vegetable broth as the base. With a few additional ingredients (including the all-important egg) and just a few minutes, you have a satisfying breakfast for the earliest of mornings.

View all posts in Breakfast
X 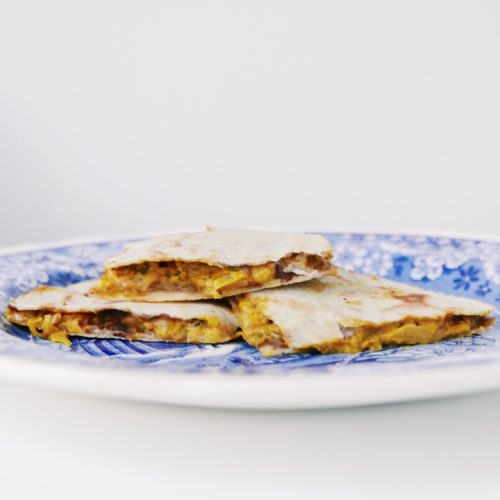