At some point, I will write a post (or an entire book) on building Bridge2Act.

We are not at that point yet. But I do want to share a story – one that may also help out with your holiday shopping.

In short – gift a donation instead of stuff this holiday season. We’re making it super simple via NO.GIFTS, and we’ll even send a gorgeous digital card to your recipient.

How did we get here? Well, that’s a pretty good story – one I’m telling for the first time.

As these things often do, it started back in February. Rho’s first birthday was looming, and I was frequently asked one question:

“What can I get Rho for his birthday?”

Our small apartment was already filled with baskets of toys and books. His dresser was overflowing with clothes. And my answer was always the same.

Easier said than done. People really like us, and they love Rho. “No gifts” was not a suitable response.

I had included a Bridge2Act donation link in his birthday invitation. When prompted with the question, I immediately directed people to the website.

After all the celebrations died down, I logged into the B2A dashboard to check how much we raised. $2,105.

There’s got to be something here.

My co-founders are well aware that I randomly will go silent for a few days while I’m tinkering with something new.

After spending two days at the Circular Summit, where I had introduced myself and Bridge2Act no less than 150 times, I was…antsy.

I loved our platform. I love the team. But something just wasn’t clicking.

I glanced down at my phone and looked at this picture, which was saved as the wallpaper.

“What a great day,” I thought. And then I remembered how much we raised.

Two hours later, I had a new URL (that I still can’t believe existed), a basic website, and three friends who committed to donate their upcoming birthdays.

I opened up an e-mail draft.

Subject line: So…I had an idea…

We moved into our new home – which was a full-time job itself. Samira was wrapping up Cisco’s fiscal year. Anil continued to provide support, but trusted us to run the day-to-day business.

We took a step back from trying everything and anything, and instead decided to pare back and focus. Summer would be all about onboarding incredible charities, and fall would be focusing on users.

And so we did that. And it was good – we doubled the charities in our database from 30 to 60, and started to see some traction on publisher-created links.

It was good. But it wasn’t great.

And I couldn’t stop thinking about NO.GIFTS – or talking about it with my husband. Sorry, honey…

As promised, we reconvened in the fall to brainstorm a big user-focused push. Thanks to my ongoing Instagram obsession and a Sancerre-infused meeting with my friend Anoop, we stumbled upon an idea.

Redefine publishers – and focus on influencers and celebrities.

Thus came the #IDreamOf campaign for Giving Tuesday – where AnnaLynne McCord, Monique Coleman, Alana Hadid (yes, sister of Gigi and Bella) and others are galvanizing their communities to make a big impact.

Launching this campaign was a full effort from our team and our partners at Skai Blue Media.

And then I got an e-mail. You’re invited to…

When you’re invited to a lunch at Michael’s, you go.

After rushing home from Rho’s Friday morning class, I ran to the legendary restaurant and was seated at the full table. On my left was the founder of Ussie. On my right, the co-founder of The Moms. Across from me, the founder of HATCH.

“What the hell am I doing here?” I thought.

Jolie, the hostess of the lunch (and whose colleague invited me) welcomed us after our salads and explained the reason why were all there. iFundWomen, a new crowdfunding platform that provides video production, advisory, and hosting, was about to launch. The founder, Karen Cahn, was magnetic – energetic, whip smart, and plain awesome.

We started to go around the table, introducing ourselves.

“I’m Hitha Palepu. I’m a writer, my first book is coming out next year, and I run a technology platform that makes it really easy to give. We have this idea called NO.GIFTS, which helps you gift the special days in your life for charity —”

“That’s brilliant. I love that. We need to have you on our platform,” said Karen.

When I got home, I had an e-mail from Karen asking if we could film the video on Monday. She meant business.

Four days later, Sam and I found ourselves mic’ed up on Karen’s porch, talking about a giving revolution into a camera.

Our campaign went up Thursday. By Sunday, we hit 20% of our fundraising goal.

Don’t ever launch a crowdfunding campaign, a influencer activation, and a website relaunch in the same month. Just don’t do it.

As we prepared to go live with the new website and the #IDreamOf campaign, I got an e-mail from Patrick (the same friend who invited me to the iFundWomen lunch).

Subject line: No Gifts for Mashable?

While on set for a video shoot and Sami in Los Angeles, we hop on a call with Mashable’s social good reporter Monday morning. Three hours later, the article was live.

“We should figure out how to let people gift donations for the holidays” I text to Sami.
“Go for it,” she replies.

She knows me well.

Over the course of three days, we spent hours in Photoshop, Squarespace, and our own Bridge2Act dashboard. We tested, trialed, and tinkered.

It’s been an emotional, trying month for a lot of people. The thought of curating things – trinkets, beauty products, and so on – just didn’t feel right.

But gifting impact? That I could do.

We built the ‘gift impact’ feature on NO.GIFTS for selfish reasons – to give the only gift we could fathom this holiday season. A better world for EVERYONE – regardless of race, religion, identity, or location.

I’m not asking you to completely forego gifts this holiday season. But gifting impact – even if it’s just one donation to one person – will make a big difference in someone’s life.

And isn’t that what the holidays are all about?

Gift impact. Share the good that’s been done in your name. Pass the impact along.

’tis the season, after all.

illustrations on the digital card by Laura Palmer 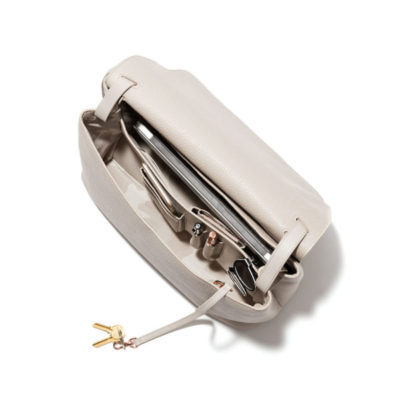