Deprecated: Array and string offset access syntax with curly braces is deprecated in /www/wp-content/plugins/gravityforms/common.php on line 4181 Tips On How To Say No And Stick To It 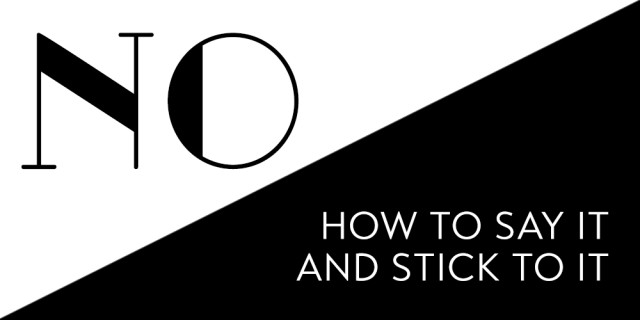 The word is small. Tiny. But those two letters can sometimes be the toughest to say.

Let me back it up a bit and provide some context. As evidenced by my infrequent posts lately, life has been…busy.

Good busy, for the most part.Â Which is part of the problem. Because things areÂ progressing so well,Â my positive mood has me inclined to say yes. Even if a nagging little voice at the back of my head says otherwise.

“Do you want to attend this event with me?”Â “Yes!”
“Would you be interested in this project?”Â “Sure!”
“I have a collaboration idea – what do you think?”Â “Let’s do it!” 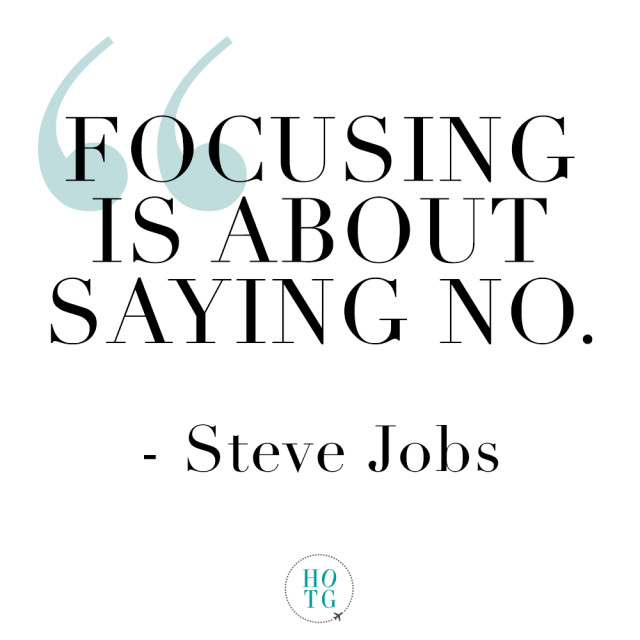 There’s been some personal stuff that I’ve felt obliged to say yes to as well, even when I didn’t want to.

It all came to a head this past weekend (which involved an elaborate gala for my son’s first birthday, zero sleep, no food for about 24 hours, and resulted in me running away from a buffet line in tears. In a sari. From a group of 100+ people).

As my son would say, “Aaaaaaay yoooooo” (the Indian version of “Oi vey” or “Dios mio”).

There was some ugly crying involved. And then, like a ray of light on a cloudy day, my sister-in-law said “just say no.”

She also told me a slew of other things, as in how Â I need to be taking better care of myself and the only two people I should be focusing on are myself and my son, and that you will never be able to change people or things.Â All solid advice.

Just say no is what stood out in my mind. 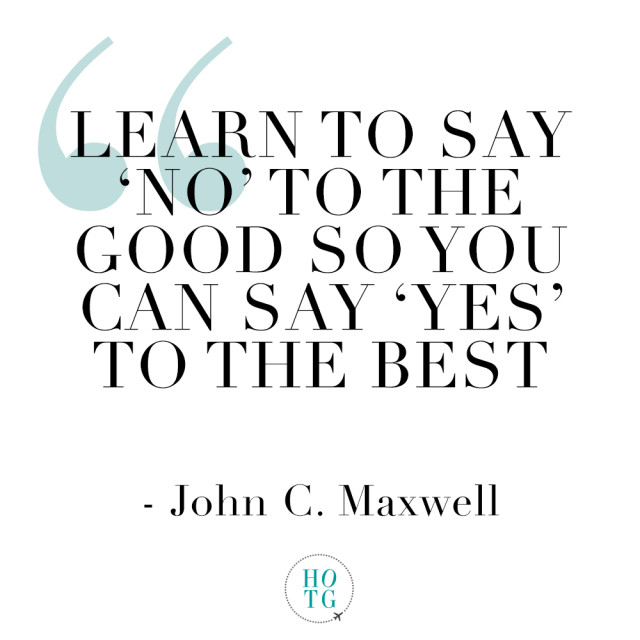 It’s hard. I said no to some family requests that I would’ve uneasilyÂ acquiesced to.Â I leveled with my co-founder about what was going on and reset some work targets and goals. I cancelled some plans for the week and was honest about needing a little time to myself.

On the whole, everyone was supportive, loving, and caring.

Ultimately, the people in your circle want what’s best for you.Â And saying no is a big part of that.

I’ve created a small cheat sheet for you to help you say (and stick to!) your nos.

And, you know, for myself *downloads to phone/saves as wallpaper* 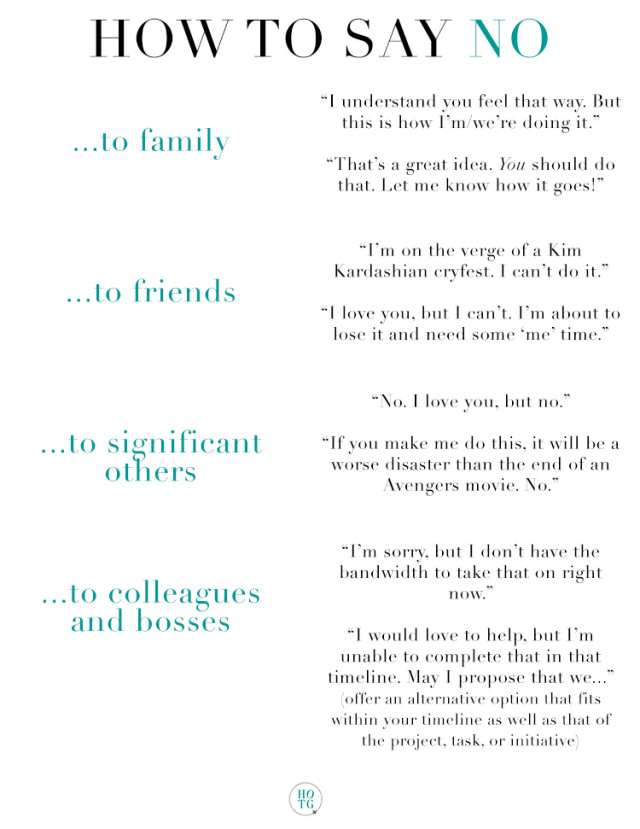 [Tweet “Because saying no to someone else means saying yes to yourself. “]

How do you say and stick to your no?Â I’m desperate for any and all tips. Leave a comment below! 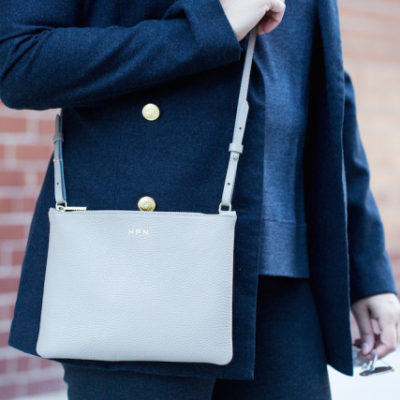