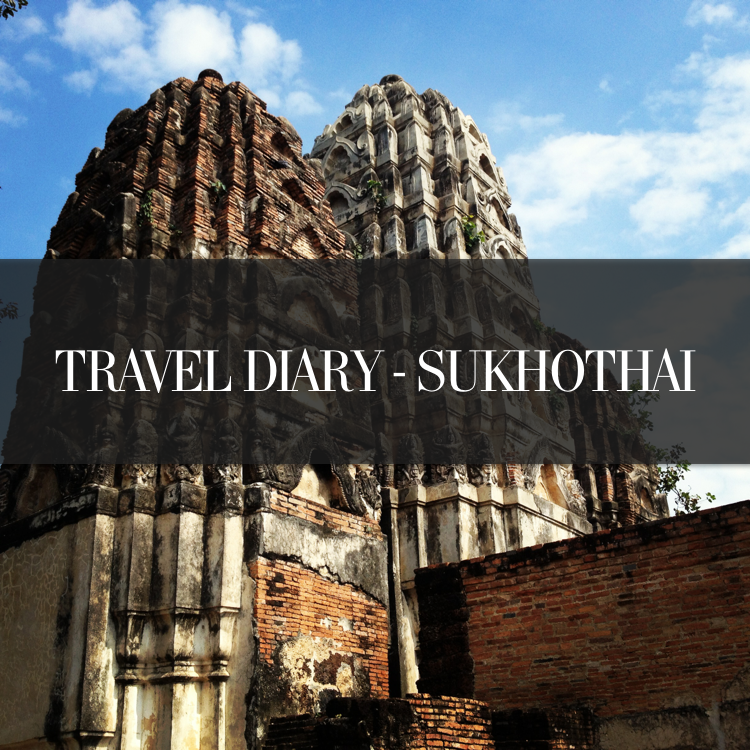 A heartbreaking thing happened – without realizing that the pictures never transferred to my computer, I deleted the SD card contained a LOT of pictures – including those from the first half of our Thailand vacation.  After crying for a little bit and downing a salted caramel Pinkberry, I came to terms with the loss – and was grateful for the pictures I snapped with my iPhone.  I apologize for the picture quality in this post, but hope you enjoy our Sukhothai travels vicariously nonetheless.

After a harrowing flight experience to Thailand, the trip to Sukhothai was seamless (Bangkok Airlines is highly recommended), we landed into the prettiest small airport I’ve ever seen.  This is not exclusive to this town – many small airports in the country are equally pretty. 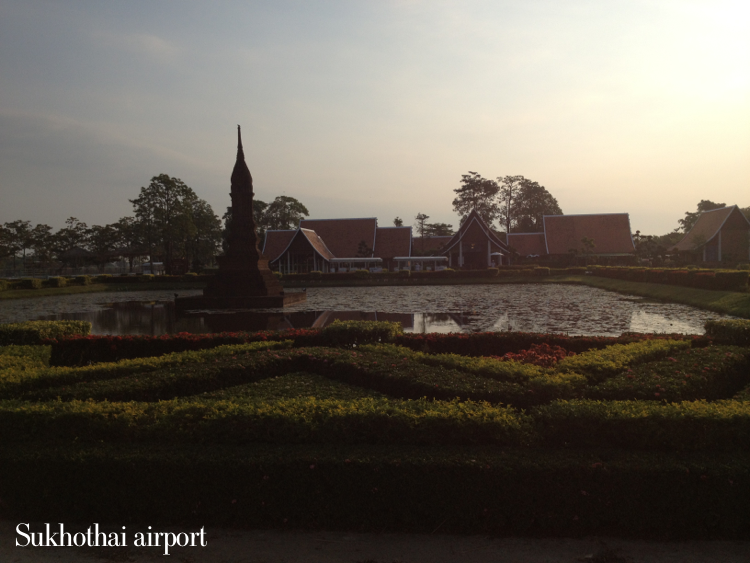 We checked into the Sukhothai Heritage Hotel (a two minute drive away) and made a beeline for the breakfast buffet, where my parents were already seated.  After filling up on fresh fruits and omelettes, we piled into a car and made our way to Sukhothai Historical Park.

This park is a must-visit.  A UNESCO heritage site filled with ancient temples, it was a great way to experience Thai history and move our sore limbs (24 hours of travel is no joke).  Sukhothai was the seat of the first Thai dynasty, and the park is home to the ruins of the ancient kingdom.  Over 30 temples are within the park’s enclosures.   We started at Wat Maharat, the largest temple in the park, and also the one closest to the entrance. 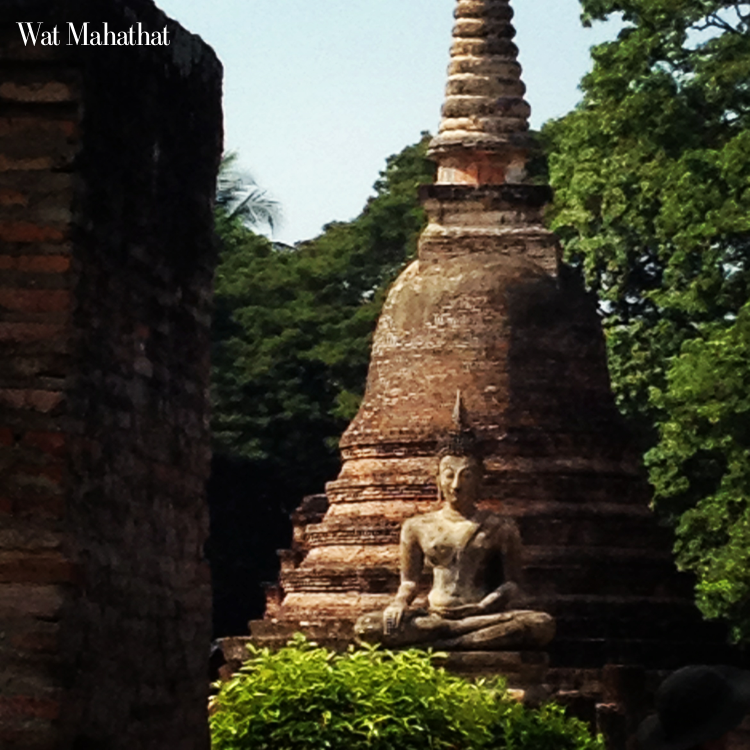 Some other temples worth visiting include Wat Si Sawai (originally a Hindu temple – a fascinating find), Wat Si Chum (home to the largest Buddha in the park), Wat Sa Si (in the middle of the lake), and Wat Phra Phai Luang. 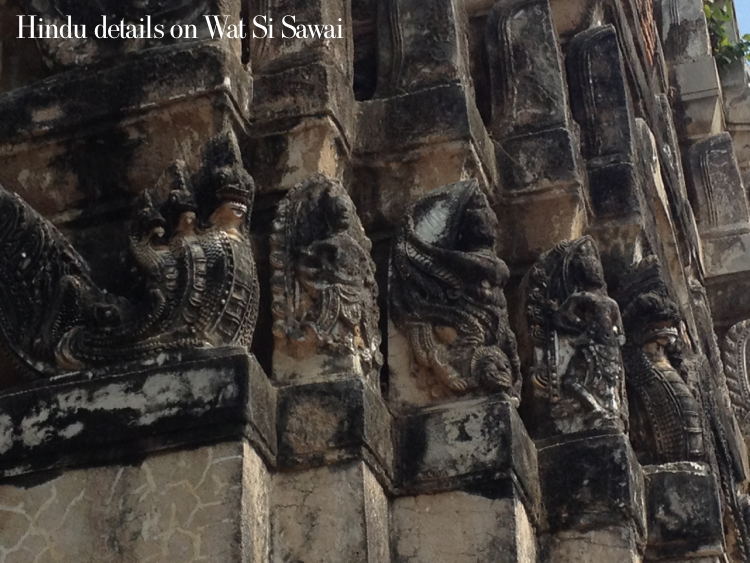 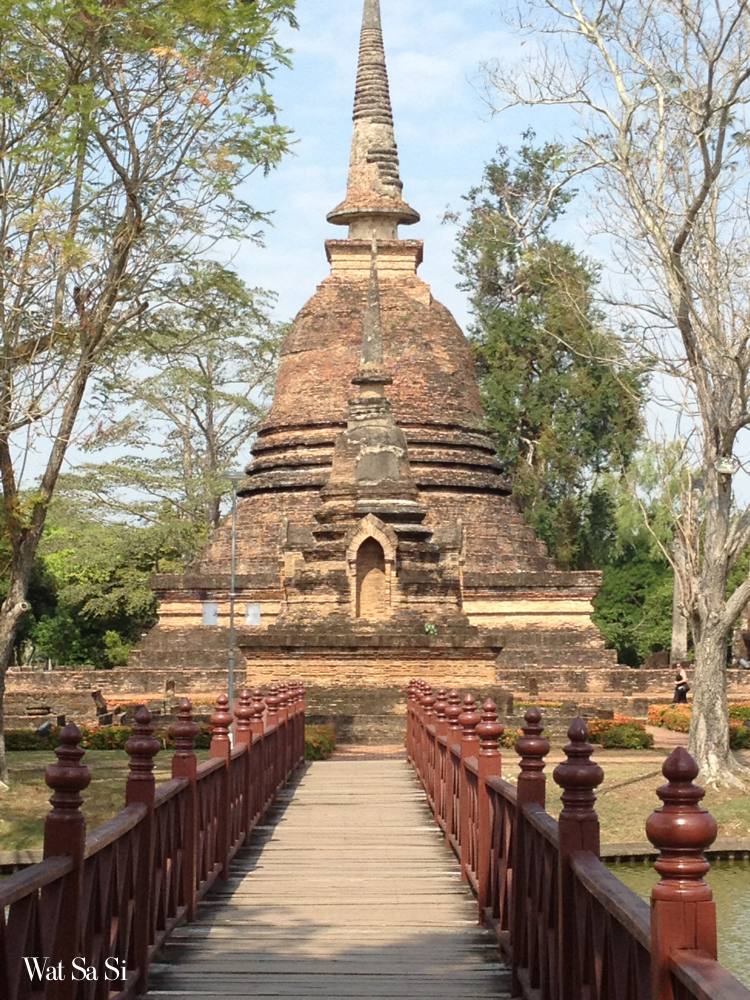 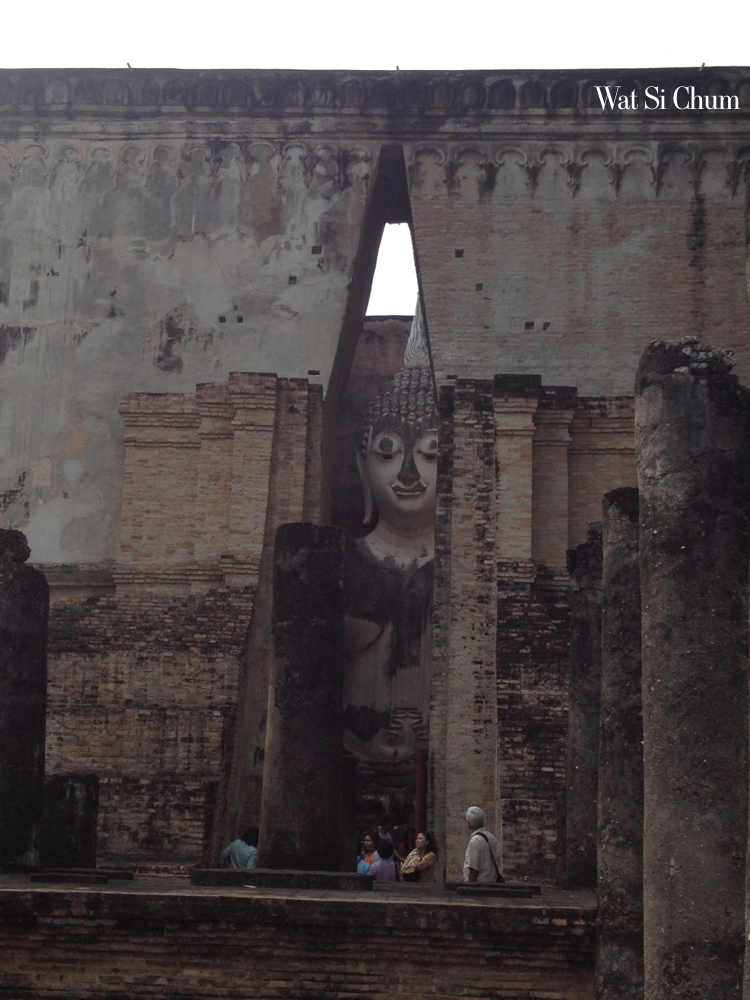 With the oppressive heat and humidity of Thailand, it’s hard to last longer than a few hours walking (or biking) around the park.  We went back to our hotel in the middle of the afternoon for Thai massages, the best pad Thai I’ve ever eaten, and an early night – a 12 hour time difference + jet lag is no joke.

The morning of Day 2 was wonderfully relaxing, with a long breakfast and getting the chance to watch the last episode of Meet The Press.  We piled back into the car to head to my favorite part of Sukhothai – a visit to Boon Lott Elephant Sanctuary. 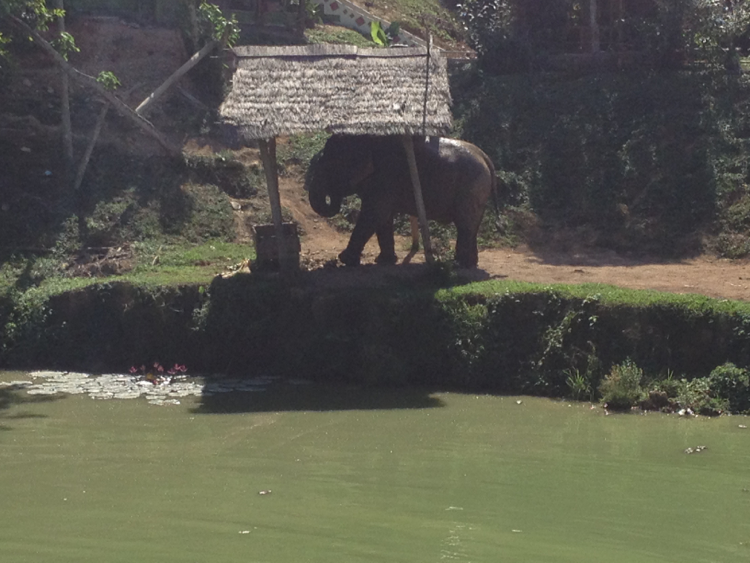 BLES, as it’s called, is a haven for mistreated elephants and elephant lovers alike.  The founder, Katherine, was a fashion girl on vacation in Thailand when she met (and subsequently fell in love with) Boon Lott, a baby elephant.  She stayed onto the sanctuary to volunteer, and later bought and cared for Boon Lott when he broke his back legs.  While Boon Lott lived another two years, he passed away after a fall and Katherine built this sanctuary in his honor – and to rescue tortured elephants from all over Thailand.

The story – inspirational.  The place – heartwarming and beautiful.  The elephants – adorable. 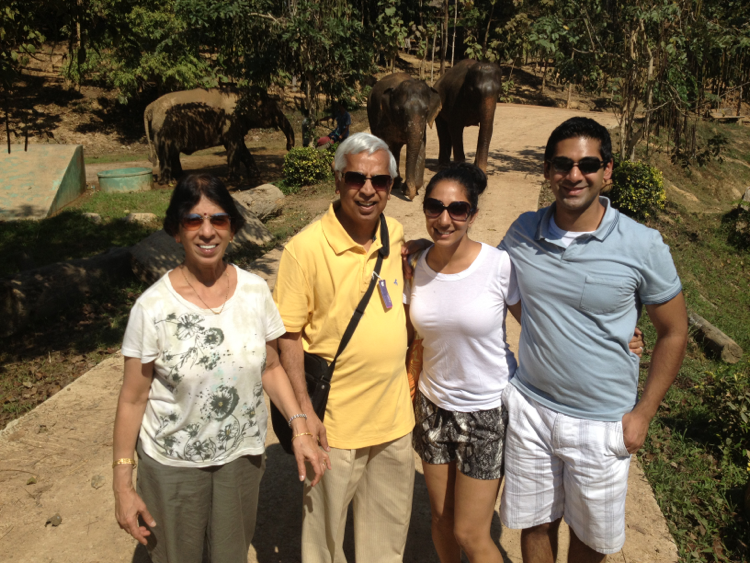 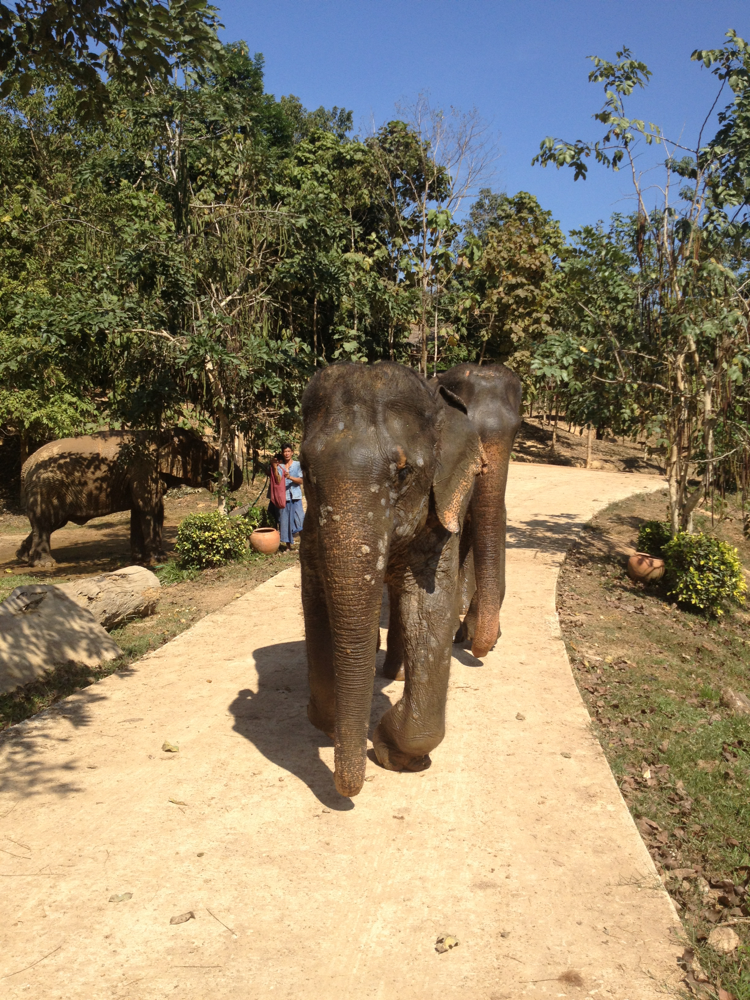 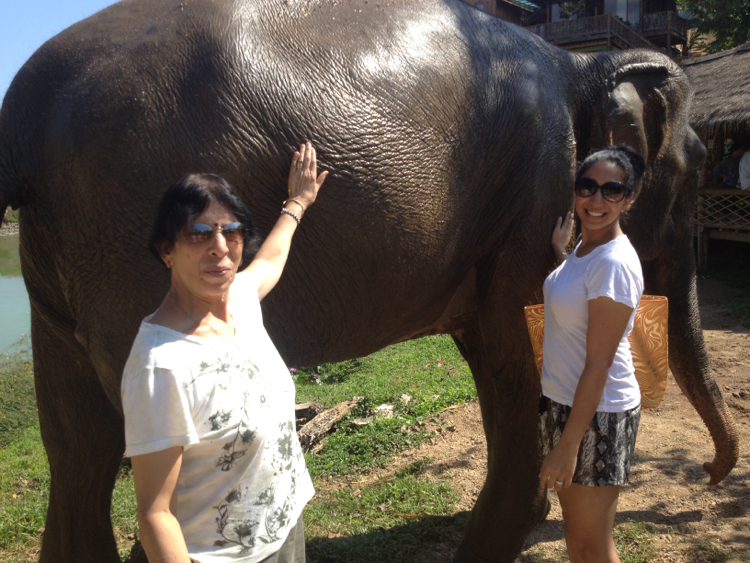 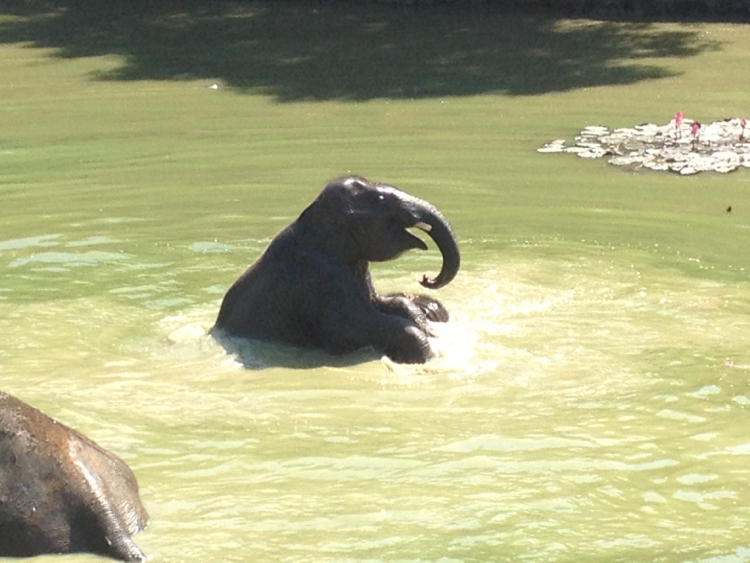 While we kind of crashed the sanctuary (apparently the appointment we thought we made was never actually confirmed) and got to see the elephants, I would recommend staying at the sanctuary for several days.  There is an 18-month wait list, so plan accordingly.  Northern Thailand has a number of elephant reserves, but I can’t imagine visiting any of the others (well, this one would be pretty sweet).

We flew to Koh Samui the next day – which I will feature in an upcoming post.

Have you been to Thailand?  Are you planning on going?  I’d love to know. 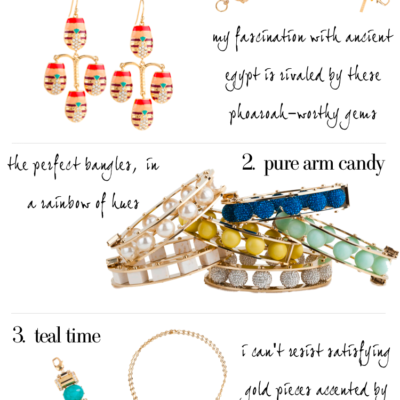