Women characters – in literature and on-screen – are written one of two ways.

The first is to make the men look more interesting than they actually are. Women are written as sidekicks, or as unattainable unicorns. Basically, unrealistic as hell.

Women writers, on the other hand, write us as we are. We’re complicated, evolving, and often in pursuit of something more. We typically put others before ourselves – often to our detriment.

New shows, films, and books aren’t afraid to write women as we truly are. And Startup is the latest example of that.

The plot is reasonably familiar – a startup company is about to massively take off, and a scandal about that company is about to break. But what makes Startup worth reading is how completely each character is developed, and how brutally honest it is about Silicon Alley (i.e. the NYC tech scene).

If I had read this even a year ago, I would have found myself empathizing with scrappy Katya or no-bullshit Isobel. But it was Sabrina, the harried mother who faces a moral crisis, that I found myself relating to the most.

Doree Shafrir’s knowledge of this world (as a BuzzFeed tech writer) is evident. Every cliché, stereotypical character, and nuance of startup life is captured accurately and satirically.

Startup is a thoroughly enjoyable book. And I, for one, am itching for a sequel. 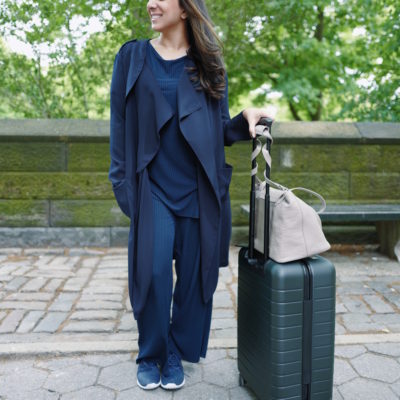 What I Wear When I’m Traveling